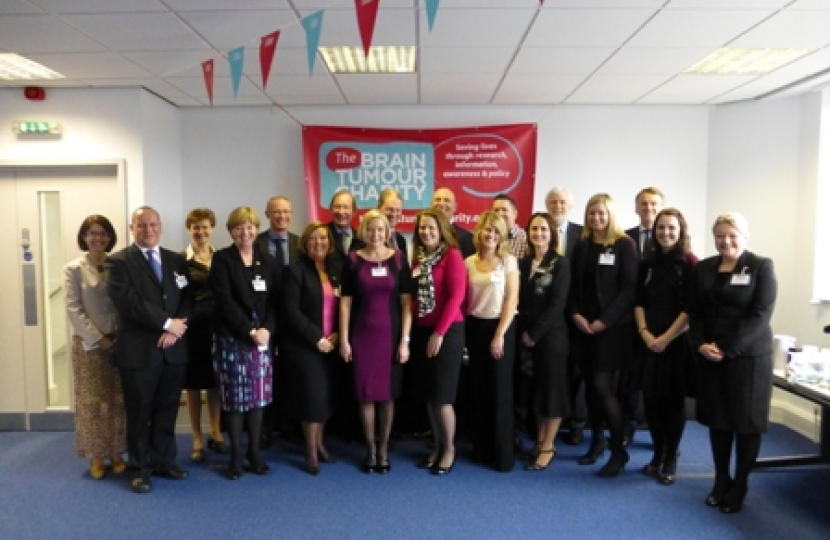 On Friday 8 March, James Arbuthnot, MP for North East Hampshire, visited the Brain Tumour Charity (formerly the Samantha Dickson Brain Tumour trust) at their new offices in Farnborough. He spoke to a number of local business owners, all interested in seeing how they can support the charity and help increase awareness of and funding for an illness which devastates families throughout the country.

Chairman of the All Party Parliamentary Group on Brain Tumours, James became involved with the cause through his constituents, Neil and Angela Dickson, who lost their daughter Samantha when she was only 16 years old. The Group has launched a manifesto calling for funding for early diagnosis, access to better treatment, and increased research into brain tumours. A recent petition on the Number 10 website has attracted almost 18,000 signatures, and can be found here:  http://epetitions.direct.gov.uk/petitions/35167

At the Farnborough meeting, James said: “This appalling illness occurs more frequently than its profile might suggest. I want to help raise awareness so that there won’t be more families like the Dicksons, and the battle against this visiou form of cancer can be fought and finally won.”