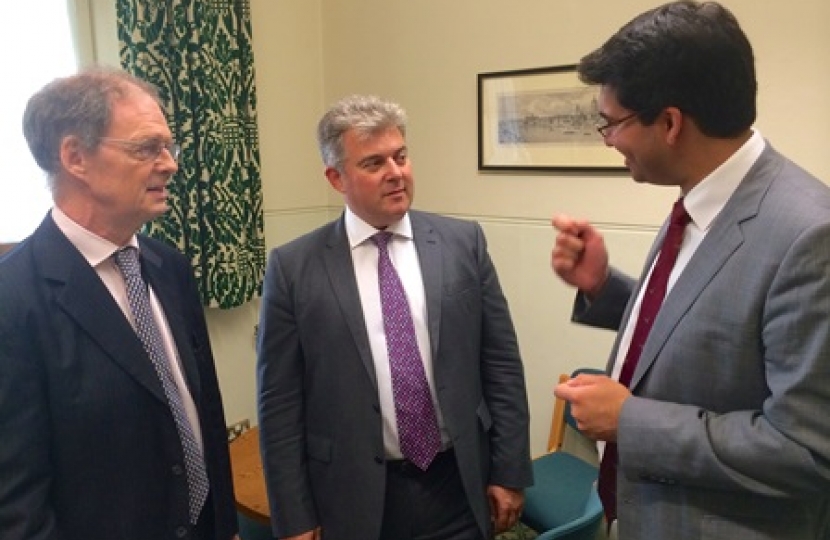 James said, “I am working hard with colleagues in Parliament to make the case for reforms to planning laws. We need to prioritise the development of brownfield land and ensure that infrastructure is delivered before new homes are built. I know that these are the views of local people and I put these points to the Minister.”

“Mr Lewis commented that a Local Plan will provide much of the protection that residents seek, and I know that Hart is working hard to produce it. However, until then, the current situation is causing many difficulties and I am pleased that the Minister has agreed to visit North East Hampshire to meet with local residents and hear their views on this later this month.”

“The NPPF brought many benefits with it but it has also had some unintended consequences. I would like to see changes to fix some of the key problems – for instance, our local council should be able to reject planning applications until the Local Plan has been agreed. Having developers submit planning applications before this has the potential to harm the proper planning and protection of any area.”

“I made this point to the Minister and also suggested that he might wish to intervene with the Planning Inspectorate, to help our local council ensure that the number of new homes included in their Local Plan – to be built between now and 2031 – is likely to be approved when heard at the Public Inquiry.”