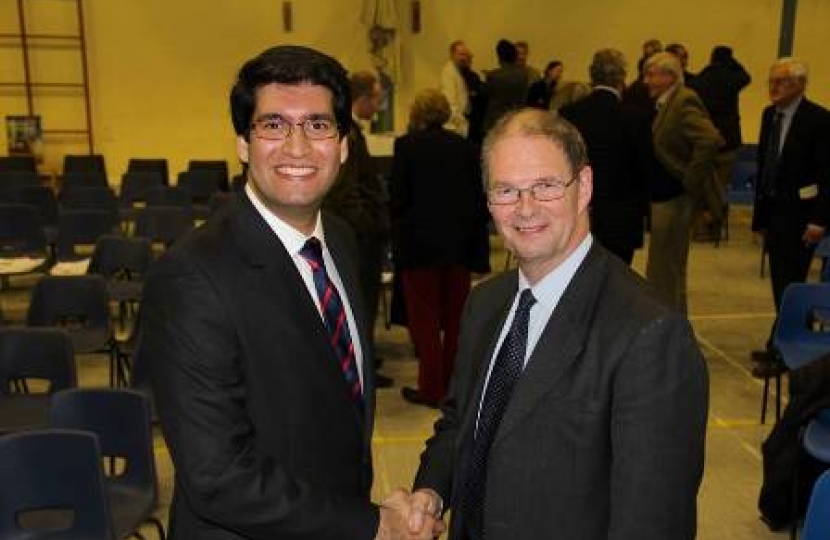 After the announcement of his selection on Sunday evening, Cllr. Jayawardena said: “I’m honoured to be the Conservative Candidate for North East Hampshire. I grew up here, live here and care passionately about our area. We live in a great part of the country but, having served as local Councillor, I’ve seen that we can make our corner of Hampshire even better. With the support of local residents, that’s what I’ll seek to do.”

Cllr. Jayawardena hopes to replace James Arbuthnot MP who announced he would be retiring at the next general election. Mr Arbuthnot has been the MP for North East Hampshire since 1997.

James Arbuthnot MP said: “I am delighted that local electors – from all political parties and from none – have chosen Ranil Jayawardena to stand as the Conservative candidate in the 2015 general election.

As long ago as 2009, I told the Conservative Candidate’s Department that Ranil was someone of exceptional quality, with a strength of character and moral integrity that were quite outstanding. I have not changed my mind.

I very much look forward to working with Ranil over the coming months – but hardly need to do so because he is already so well known in so many walks of life in the constituency of North East Hampshire.”