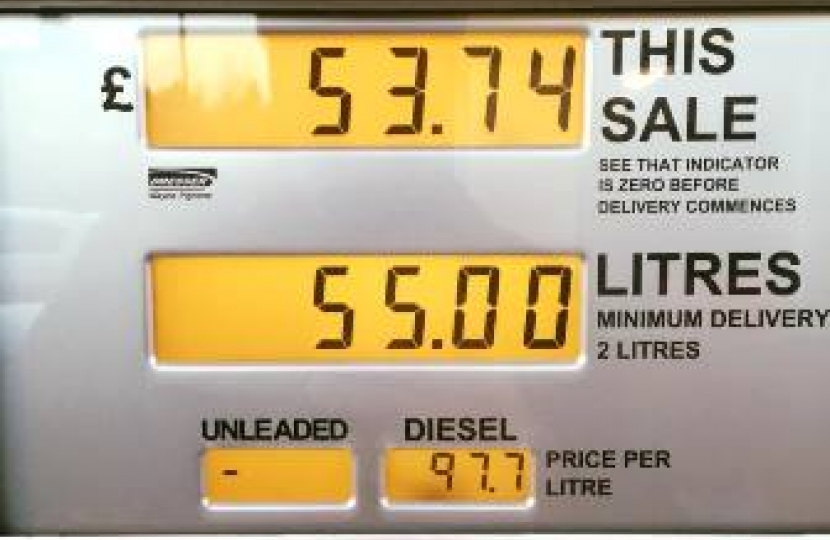 Ranil Jayawardena, Member of Parliament for North East Hampshire says "There's something rather satisfying about the pounds going up by less than the litres, isn't there? It takes me right back. The global oil price plays a role, obviously, but George Osborne's freezing of fuel duty has been critical too.

Fuel duty is 17p per litre lower than it would have been without theConservatives in Government, which on it's own means that the average family saves around £10 every time they fill up their tank!"