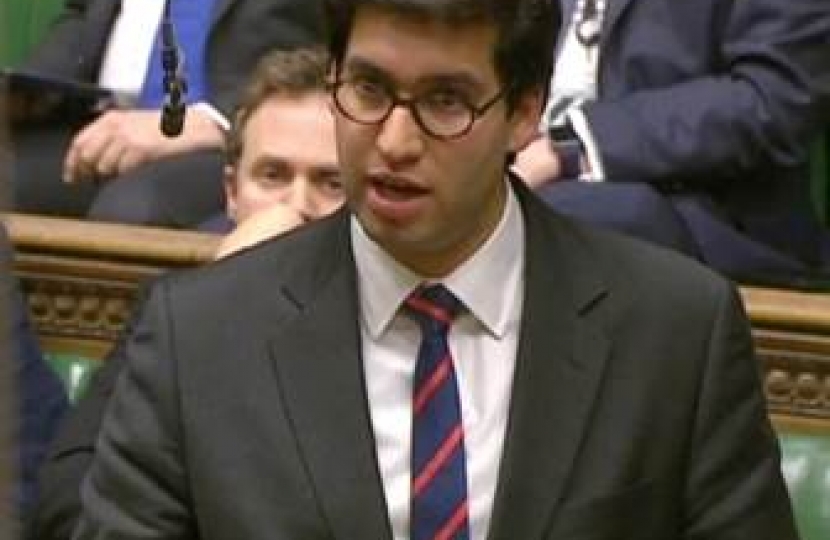 Ranil Jayawardena, MP for North East Hampshire stated: “The argument as to whether to permit airstrikes in Syria was, in my view, a matter of conscience. Each Member of Parliament exercised their judgement when arriving at a considered decision. I was present in the House of Commons for the debate and contributed to it:

"I have considered this matter very carefully. I respect the views of other Members, including the right hon. Member for Birmingham, Hodge Hill (Liam Byrne), and, indeed, the views of my constituents, whatever side of the debate they find themselves on. Having listened to the arguments, I rise to support the motion. It is absolutely imperative that Britain and her allies work together to eliminate the so-called Islamic State: a group whose continued existence is an affront to humanity; a group responsible for unparalleled brutality over recent years; a group that loathes freedom and democracy, and despises every value we hold dear.

At around the turn of the fifth century, St Augustine laid out his preconditions for a just war, among which were a desire for peace, and for it to be the final decision when all other means had failed. I believe that his words remain pertinent in the 21st century, as negotiating with the so-called Islamic State would be both impossible and abhorrent.

I am glad that the motion proposes to target the so-called Islamic State exclusively, for it is that group of terrorists who have attacked us and who pose a danger to our people. They hate us for who we are, not what we do. They must be stopped.

Although we may not approve of the actions undertaken by the Assad regime, our overwhelming priority must be to protect the United Kingdom and support our allies. To do that, we must stabilise Syria, avoiding the creation of further ungoverned spaces in which terrorism will thrive.

In the last 12 months, our police and security services have disrupted no fewer than seven terrorist plots to attack the UK, every one of which was either linked to or inspired by these terrorists. I am, therefore, in no doubt that it is in our national interest for action to be taken to stop them and this means extending our involvement to tackling the so-called Islamic State in Syria, in addition to our existing commitment in Iraq.

Whether or not you agree with my final conclusions, I hope that you will appreciate that I considered this matter very carefully and voted, in good conscience, for the benefit of my constituents, our country and our allies in the world. “