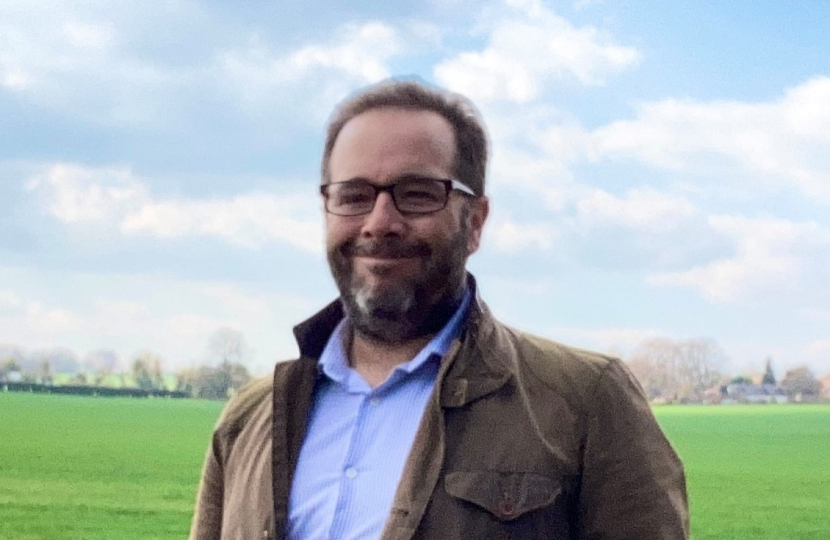 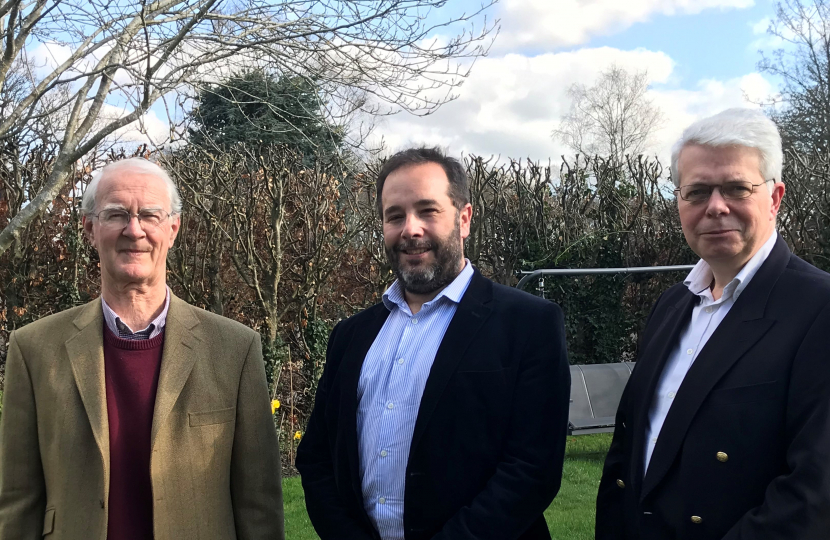 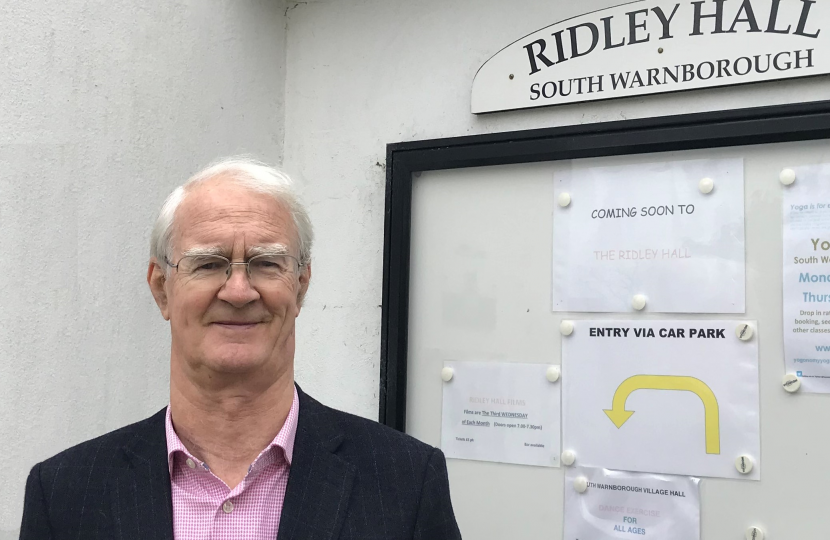 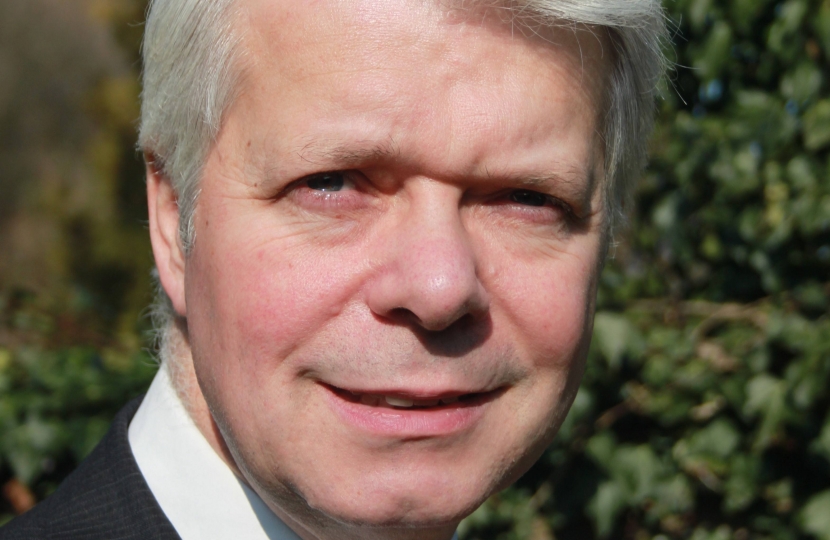 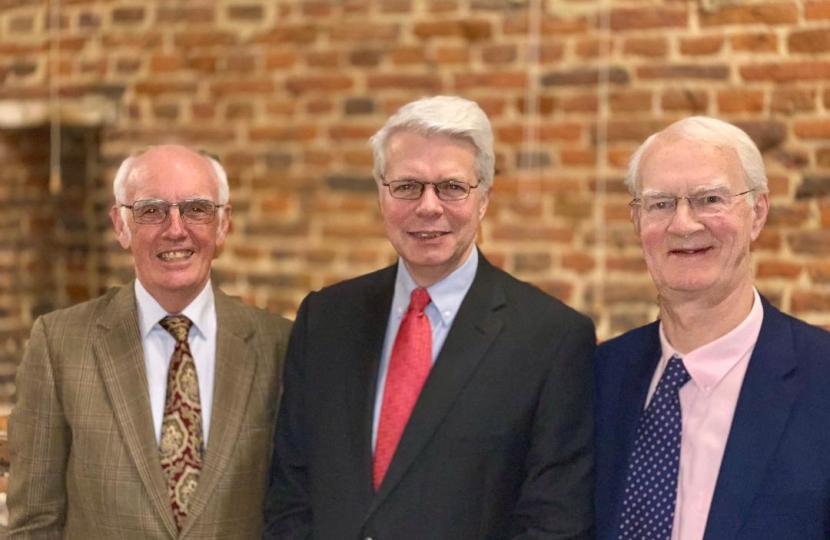 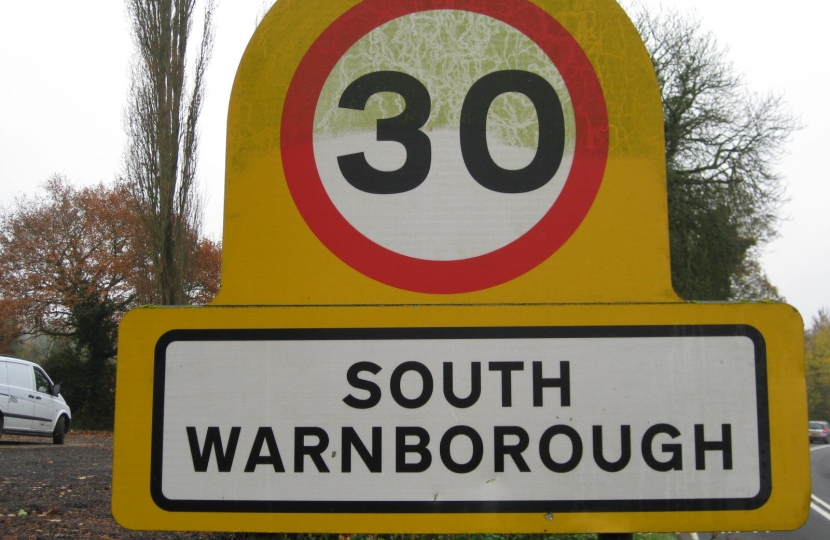 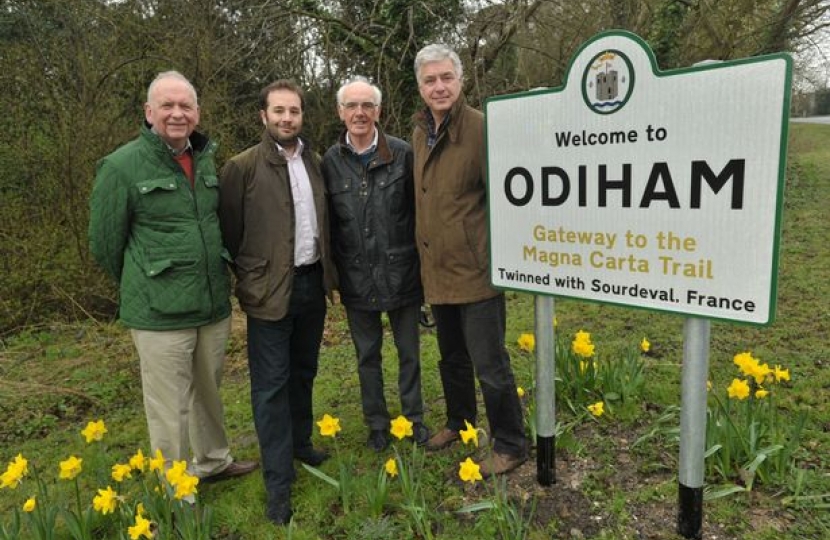 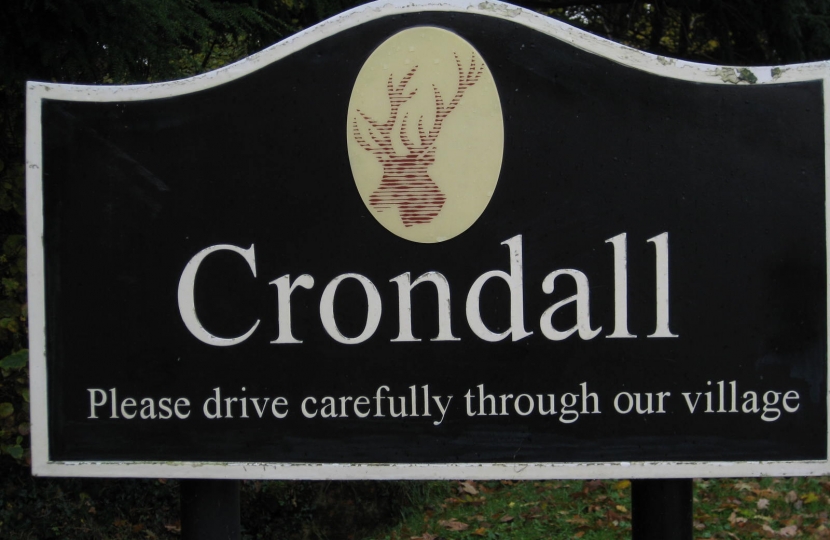 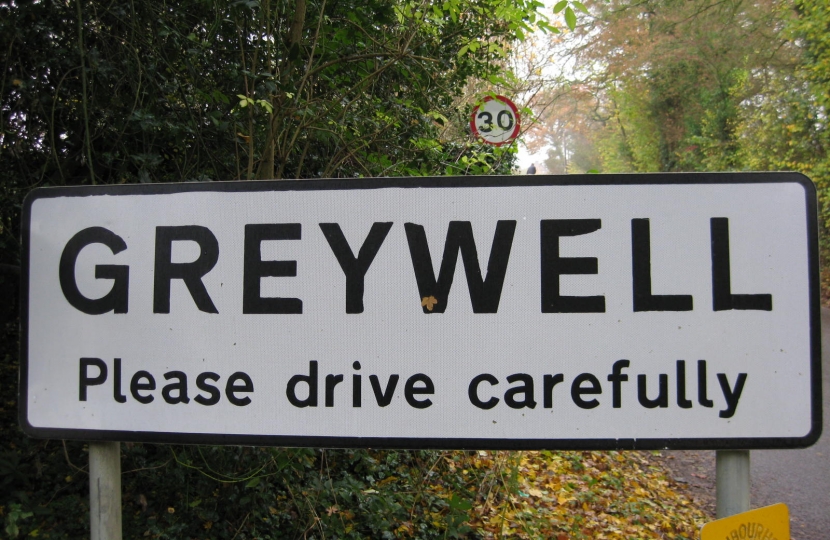 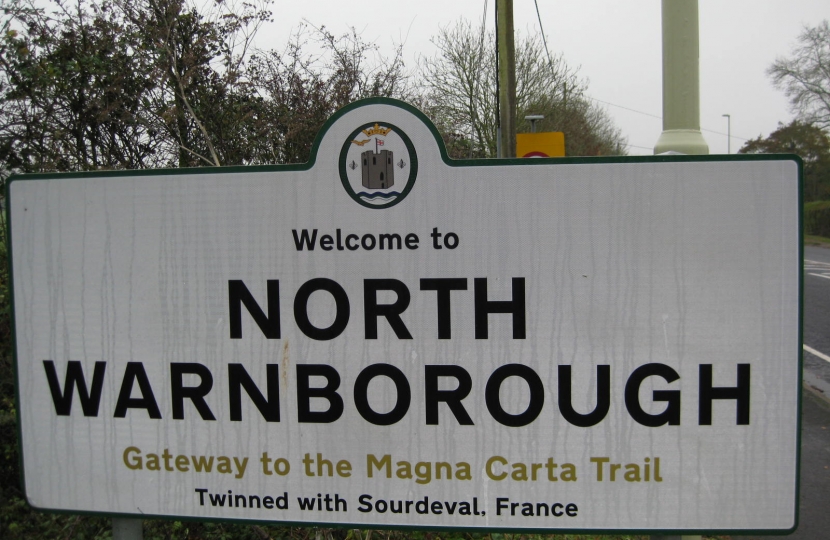 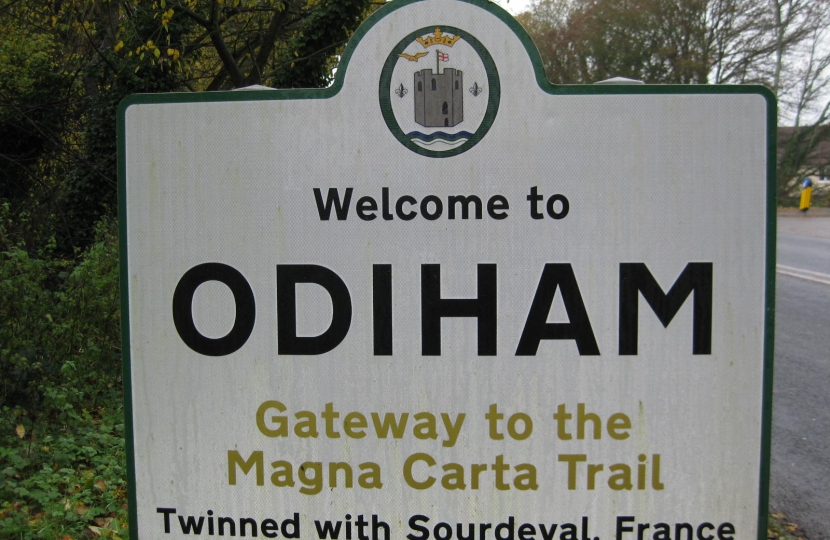 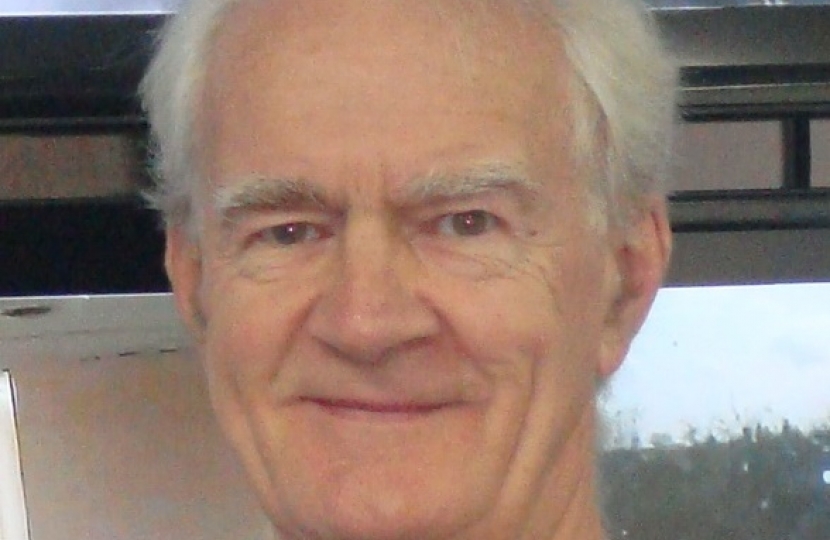 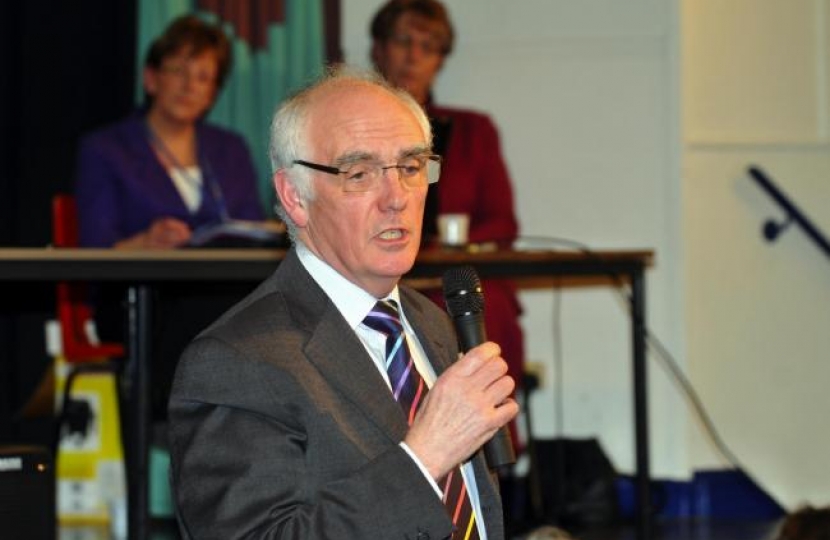 Odiham Conservative councillors are Chris Dorn, Jon Hale and John Kennett. The Odiham ward includes, but is not limited to, Odiham itself, Crondall, Greywell, North & South Warnborough and Long Sutton. It is also home to RAF Odiham.

Jon's passion for the community makes me want to be your elected District Councillor. I believe I have the experience and skills to serve you. I was chair of Odiham Parish Council for 5 years, delivering the new recreation ground facilities, Peace Garden and public toilet refurbishment. Proudly achieving a national Star Councillor award. I have supported our strong ties with RAF Odiham and devised and led our community's RAF 100 celebration, raising thousands for the RAF Benevolent Fund. I am currently a governor of Mayhill School and Chair of "inOdiham", the organisation which delivers Bands in The Bury and the Christmas Extravaganza. As I wrote in the Forward of Odiham's Neighbourhood Plan, I recognise the importance of such plans in shaping local communities and influencing Hart's planning decisions. I have been briefed by our local councillor team on issues across the ward, including traffic, flooding and housing developments and with your support on May 5th, look forward to working with them on your behalf.

John Kennett is an experienced District Councillor who has represented the Odiham ward since 2008. The ward also comprises five surrounding, parishes including South Warnborough where he has lived since 2000.

He has served on every committee of the council and has twice been elected Chairman by fellow councillors of all parties. He is also active locally and is Chairman of Trustees of the village hall which has been greatly improved under his leadership.

He accepts the need for more houses but is keen to do this in a way which protects the character of local villages.

John has been a District Councillor since 2008. In that time he has served on all the main committees of the Council and on the Cabinet. He was elected by his fellow councillors, first as Vice Chairman and then as Chairman of Hart Council, in which capacity he signed the Military Covenant along with the C.O.s of RAF Odiham and Gibraltar Barracks. Also he has spent three years as the council's representative on the Hampshire Police and Crime Panel.

He had a varied business career after university, firstly in Marketing with multinational companies before moving with his wife to the United States in 1984 as a result of an acquisition he had championed. Part of his brief was to seek further acquisitions and he successfully brought two more to completion. When a third was rejected as being too small for a multinational he left and bought it himself. He later sold it, intending to return to England, but was persuaded by his children to stay in California so they could continue to visit.

He then set up another company and grew it for seven years before selling it and returning to England in 2001.

He lives in South Warnborough, the childhood home of his wife, Harriet; they have two children and have five grand children. He soon became involved in the community, joining the Rotary Club in Alton, where he has served on most committees and as President. Twelve years ago he was elected Chairman of Trustees of the village hall. Under his leadership, the hall has been completely refurbished and extended including the construction of a small flat in the roof. This community resource is now on a very solid financial footing and, due to the rent from the flat, should remain so in perpetuity.

Chris has lived in Hart for 29 years. Since 2008 he’s served on Crondall Parish Council and as Chairman from 2013 to 2021.  During that time he worked with a great team to deliver real benefits to the parish, including: a new playground, championed the Neighbourhood Plan and led the fight against inappropriate development, including a Statutory Review at the High Court.  He introduced the concept of “Planning Lead” to the Parish Council, pioneered the use of the Speed Indicator Device around the parish and remains the lead for flood mitigation in Crondall.

Chris started his professional career in the Royal Navy and came to work at RAE Farnborough in 1990.  He remains a professional engineer and works as a consultant in the Space industry.  In 2019 he was elected to represent Odiham ward on Hart District Council, where he wishes to build on previous success and ensure Hart remains a great place for all of us to live.  He has 2 growing children so understands the many pressures facing parents and this drives a focus on youth through his appointment on the Odiham Scout District Executive and previous work on the Fleet Area Schools Working Group.

He is Hart Council's member on the Military Covenant.

Fun Fact: Chris has donated 67 units of blood and remains on the bone marrow register.J

The local Conservative branch also holds regular drinks, dinner and other events all year round. If you would like to come along to an event - even simply out of curiosity - do get in touch. You can either email us or give the office a ring on (01256) 473537.