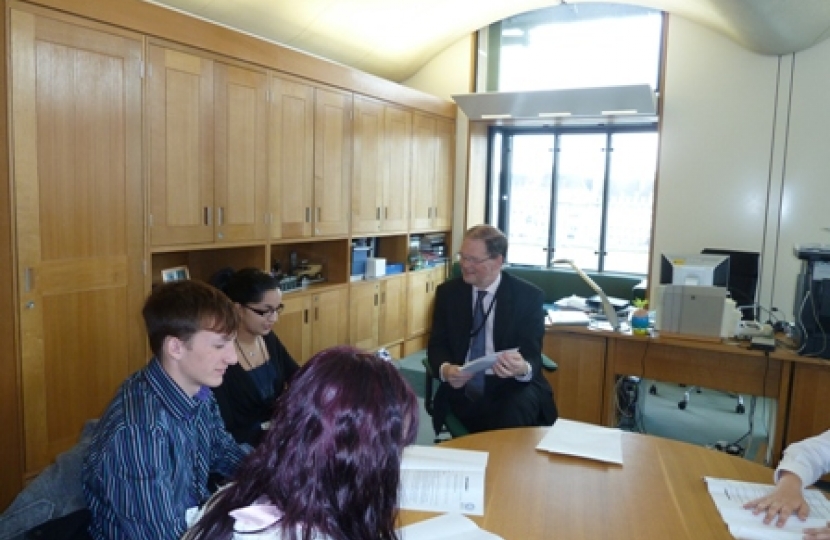 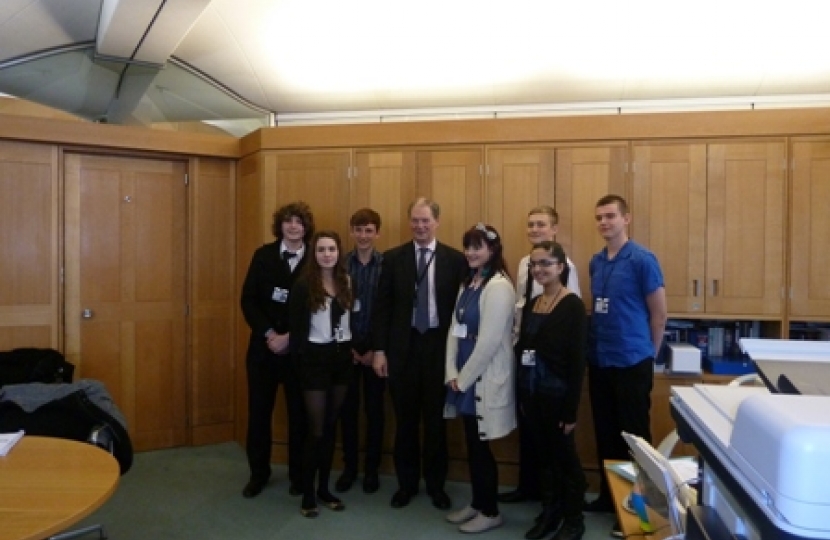 James Arbuthnot, Member of Parliament for North East Hampshire, welcomed a group of North East Hampshire pupils to his office at Westminster yesterday, to hear the motions they had passed at the annual Model United Nations which took place at Calthorpe Park School.

Students choose a country to represent, and research a topical issue on which to draft a submission, then present the submission to the MUN. This year, the Model United Nations was presented with resolutions calling for the restoration of former colonies to their historic owners, the closing of Guantanamo Bay Detention Centre, and reducing CO2 emissions through taxation, among many others.

James said: ‘I am always pleased to take part in the MUN. This year, we talked about equality of women in Saudi Arabia, the problem of slavery in countries like Somalia, and whether or not we ought to intervene in countries during the current Arab Spring. It is terrific to hear what these students have to say, and I see many a budding politician amongst them.’

James is taking the draft resolutions to the Secretaries of State for Foreign Affairs and International Development, and has asked the Saudi Ambassador for comment. These are relayed back to the students, who learn a great deal about the UN process, and gain a genuine working understanding of how it works in action.